NEW YORK — Saks Fifth Avenue Fashion Director Roopal Patel remembers the first time she saw The Row: during fashion week, in an apartment in downtown Manhattan, where sisters Ashley and Mary-Kate Olsen stood by a rack of t-shirts and leather leggings. This was the mid-aughts, when the Olsens were still shaking off their child-star personas— and emerging as style stars in the pages of Us Weekly, which tracked their every outfit.

At the time, the T-shirts, which were well over $200, made headlines for their high prices. (This was years before the market inflated to the point of Balmain selling a $1,625 ripped up crewneck.) Back then, few could have predicted that, over the next 13 years, The Row would turn those two luxury basics into the foundation of the most successful American luxury label in a generation. “Their brand has gone global,” Patel said.

While American ready-to-wear brands have largely struggled to compete against Europe’s deep-pocketed luxury groups, The Row has managed to build a sizeable business, becoming a key account for many luxury retailers and slowly developing their own direct-to-consumer sales channels. All while remaining independent. 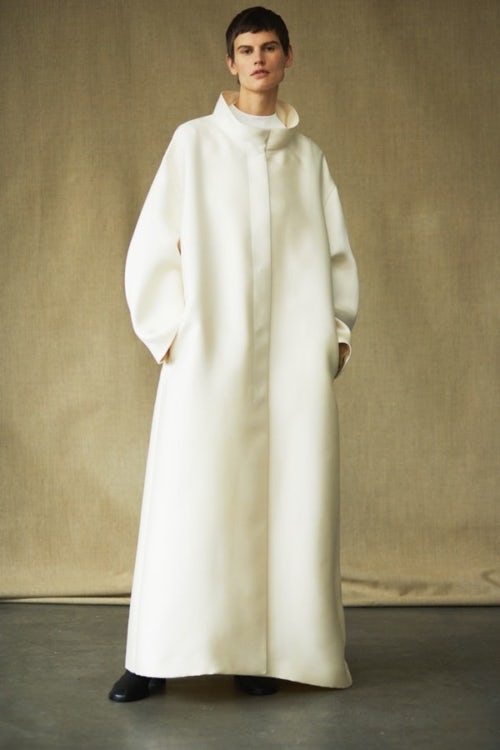 A look from The Row’s Spring 2019 Ready-to-Wear collection | Source: Courtesy

The label is in the top 10 women’s ready-to-wear performers at Bergdorf Goodman, while Barneys New York’s reliance on the brand became clear when the store filed for bankruptcy protection in August: Barneys owed The Row $3.7 million, more than any other label, including LVMH-owned Celine, which was owed $2.7 million, and Kering-owned Saint Laurent, which was owed $2.2 million.

The Row is also more resistant to markdowns than many competitors. Only 16 percent of its products are currently available at discount, compared to an average of 50 percent for labels sold by its stockists, according to Edited, a retail data analytics platform which tracks inventory across the internet. When The Row does go on sale, it’s often not until the second round of seasonal markdowns, with discounts rarely reaching past 50 percent.

The Row also appears to be growing. Over the past three months, its inventory at online retailers has grown 9 percent year-over-year. Given the label’s current distribution — over 200 stores in 80 countries — combined with growth in key margin-driving categories including leather goods, shoes and knits, market sources estimate The Row is generating between $100 and $200 million a year in sales. (A spokesperson for the label turned down requests for interviews with co-CEOs Ashley Olsen, Mary-Kate Olsen and President David Schulte, who joined in 2016. The company does not disclose revenue figures.)

While other American brands of the same generation have reached similar sales figures, they have often suffered from their over-exposure to the wholesale market and over-reliance on a single trendy hero product.

So, what makes The Row work?

The Row is a respected runway brand well-liked by critics at New York Fashion Week. But its business model has more in common with Brunello Cucinelli — and former cult favourites like Zoran and Eskander — than it does with most fashion labels. Rather than relying on trendy products to drive growth, The Row is built around elevated staples: easy-to-wear pants made of stretchy ponte knit, chunky cashmere sweaters and logo-free handbags recognisable only to the initiated.

“The magic is in the details,” said Bergdorf Goodman President Darcy Penick. “It’s quality and understated, but there is always some hook to the product.” 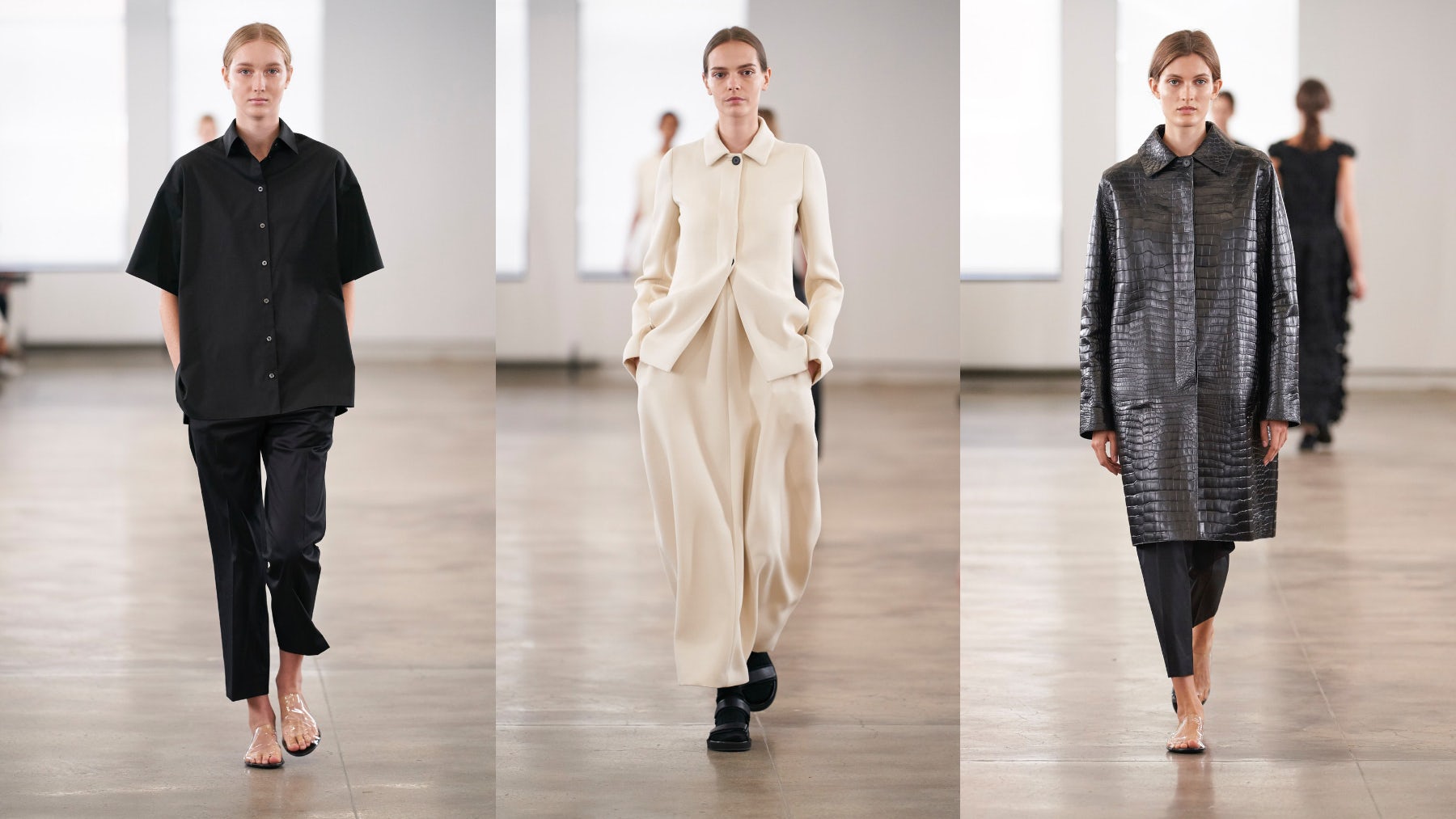 The Row has had fashion hits, too: its bow-front “Coco” mule and scarf-inspired “Ascot” bag are both It-items. But its focus is on wardrobing. And because The Row is run and self-financed by the Olsens, fans of the brand aren’t worried that its image could change drastically with the injection of a new designer in five years’ time, making them more eager to invest in quality pieces.

“It’s a brand that people collect,” said Ron Frasch, a retail consultant and former executive at Bergdorf Goodman and Saks Fifth Avenue. “When Celine went in a different direction, it became a go-to brand for women who liked the spirit that Phoebe [Philo] created.”

The Row is also very expensive, which means only a privileged few can afford to buy the products, even when they go on sale. A leather trench coat, for instance, costs $9,900 on Net-a-Porter. A cashmere coat costs $8,990. However, unlike many designer brands that alienate women who are not model-thin with their limited sizing and tricky fits, The Row’s designs work for a wider range of body types, in terms of both shape and size.

“They’ve been extremely focused from the very beginning on how they were represented, how they designed, who the customer was, and they’ve really stayed so true to that vision,” said retail advisor Robert Burke. “People were skeptical when they started, but they are absolutely the opposite of celebrity designers.”

People were skeptical when they started, but they are absolutely the opposite of celebrity designers.

As with everything else, the Olsens have been careful about their entry into the lucrative footwear and leather goods categories, first selling Manolo Blahniks before creating their own designs. While many independent labels struggle to earn the trust of consumers when they expand into bags and shoes, The Row has established a product range that has seen “explosive” growth at Bergdorf Goodman, said Penick. Once again, their subtle designs aren’t trendy, meaning there is less scrambling at the end of each season to create a new hit.

Talk to any retailer or industry analyst about The Row and a few key phrases keep popping up: “word of mouth,” “cult following,” “quiet luxury.” The brand’s first advertisement, which ran in American Vogue, was blank save for the name of the label scribbled at the bottom of an all-white, two-page spread. Over the years, the press-shy designers have granted fewer and fewer interviews, adding to their stealthy allure (and letting the clothes speak for themselves). Those who wear The Row are made to feel like they are part of a secret club. “It’s intimate,” Frasch said. “It’s for intelligent consumers that don’t need to show off their purchases.” 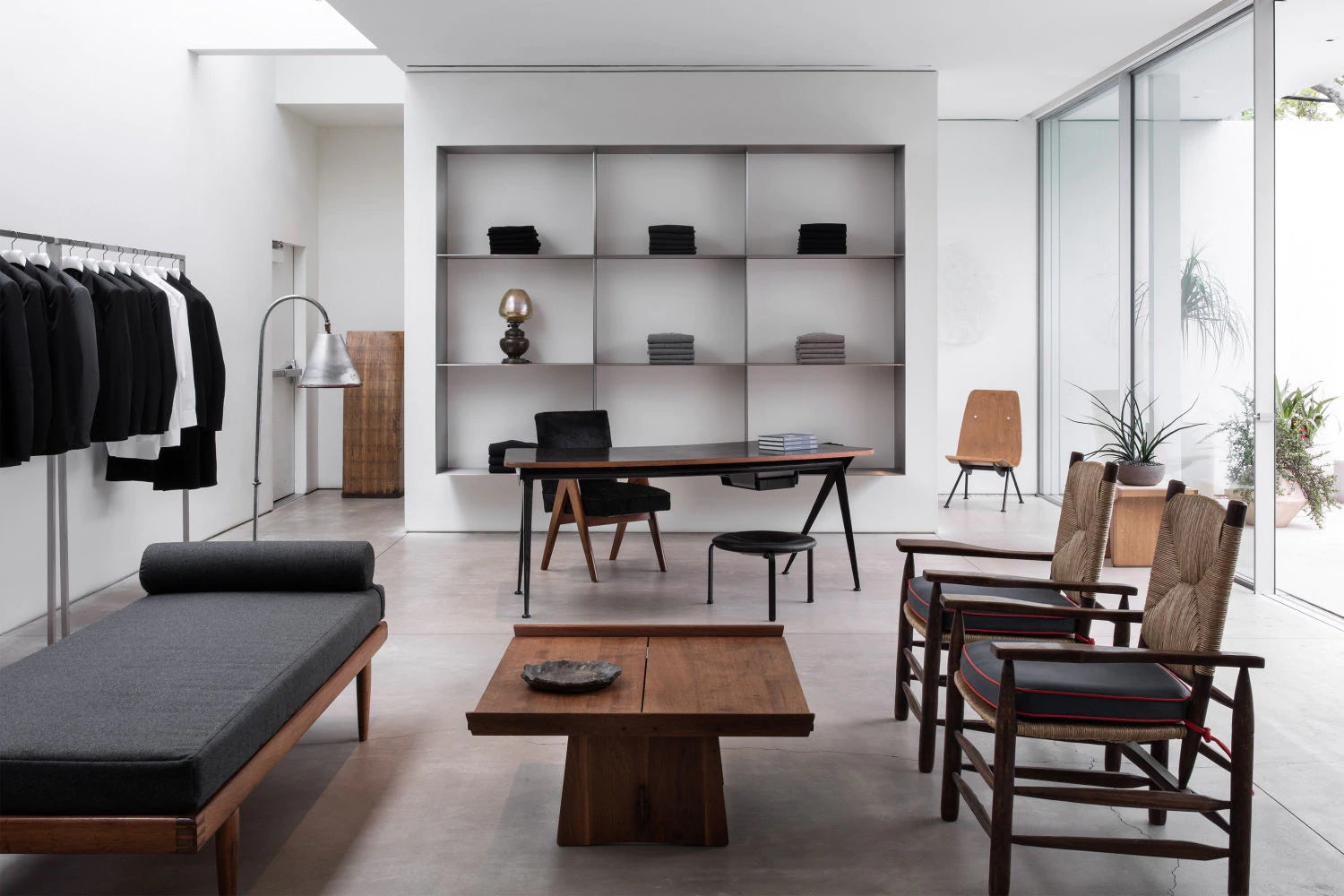 Adding to the allure, The Row only has two stores — one in Los Angeles and one in New York, with a third store in London on the way — which have become destinations, attracting a steady flow of clients, celebrities and other fashion designers. The careful, clean design and mid-century furnishings have inspired others to follow a similar, if less perfectly executed, approach.

In a market with fewer and fewer independent fashion labels with the potential for global scale, it’s no surprise that the big luxury groups are watching The Row. Not only is the brand under-penetrated in major markets like Europe and Asia, it is also slowly building a menswear business that has long-term growth potential. A conglomerate like LVMH or Puig could easily fold The Row into their portfolios. (Such a move could be trickier for Kering given that The Row’s customer base likely overlaps with that of Bottega Veneta.)

However, the Olsens — who have never expressed any interest in selling — retain tight control over The Row and have managed to scale the brand responsibly without outside support. (Along the way, they have also streamlined their overall business, transforming contemporary label Elizabeth and James into a licensing deal with Kohl’s.) But there may come a day when they need external support for retail expansion or beauty.

What comes next for The Row depends on the ambitions of its founders.

At the Row, a Surgical Precision

Who Will Dress the Philophiles?