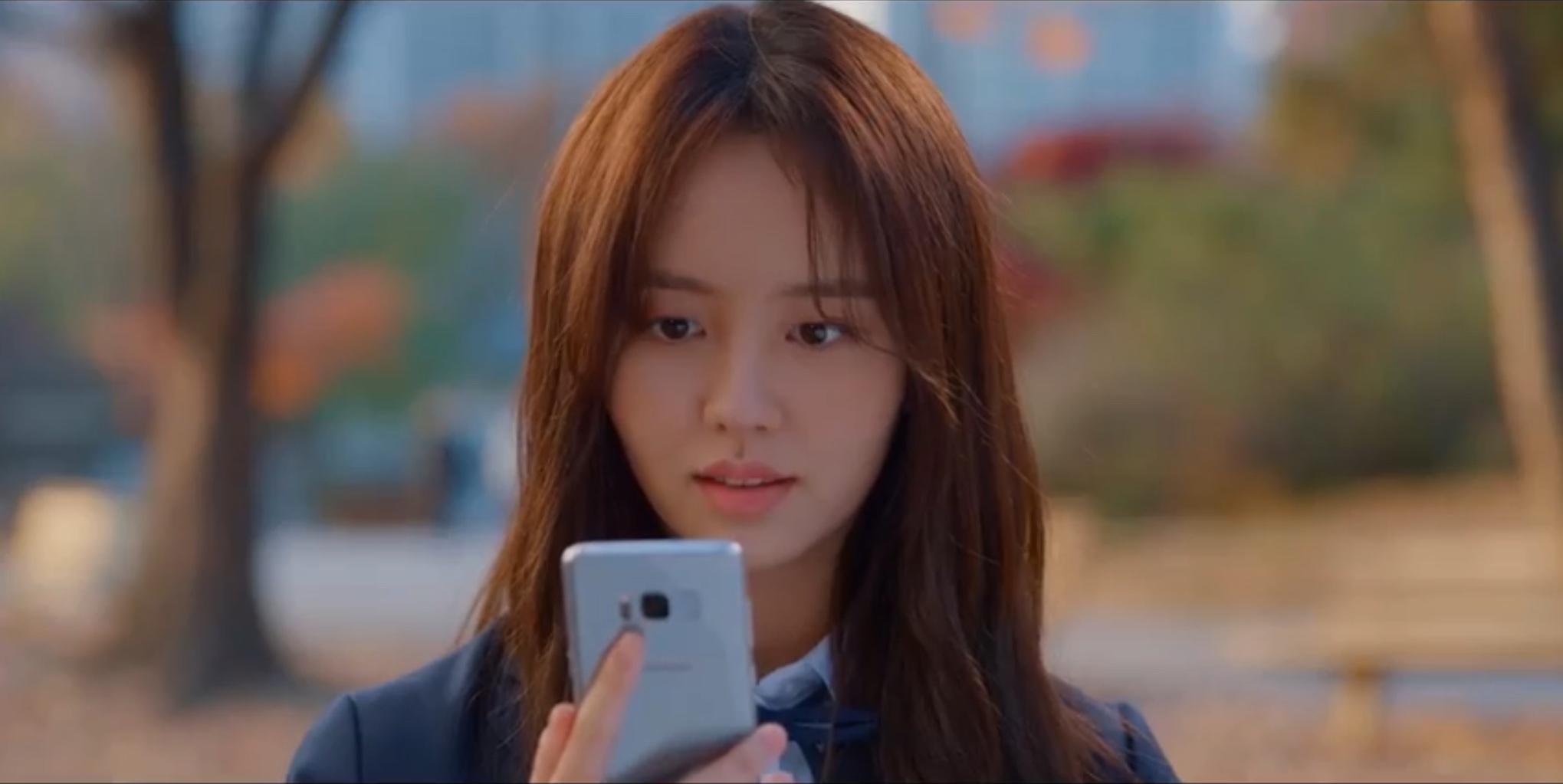 Netflix recently dropped their latest original drama Love Alarm based on the webtoon of the same name. While the story itself is pretty ordinary, the world of the story is anything but. Front and center in the drama is the Love Alarm app — a rather powerful social media app that has the ability to read and share your romantic attraction to people within a ten meter radius.

Netflix has been pushing out a lot of original content lately — thus far it’s been unique, well-produced, and quite good. But they also insist on breaking up the traditional 16-episode run of Korean dramas into two seasons without making it immediately apparent to viewers. They fooled me once, with the recently completed My First First Love. Fool me twice? Not happening. This time I came expecting the plot lines to build, escalate, and converge right at the peak of the drama, before the cut of the 8-episode run known as Season 1.

Disagreements with streaming and release methodology aside, the first season of Love Alarm was unique and compelling. I enjoy high school stories just as much as the next person, so the token rich boy/poor girl dynamic, and the bullies and mean girls and cafeteria wrist grabs, are always welcome. But throughout every moment of this drama lurks the Love Alarm app — it’s as present as if it was one of the leading characters.

The drama opens in present day, when the Love Alarm app is already a social norm. With just a brief look, it’s clear that the app has taken a hold of society. But Love Alarm is more than an app — it’s practically Big Brother. It’s on everyone’s phone, it’s on every building’s video screen, and Love Alarm even sends announcements in the clouds, as if it was a deity of sorts.

Clearly, there’s something off with how the Love Alarm app has impacted society — and the main characters that we get our first glimpse of — but we can’t put our finger on it at first. It’s when we travel back to four years ago, when our characters were in high school, that we learn about the app’s genesis, and the way it has affected our characters.

When we meet our high school heroine KIM JO-JO (Kim So-hyun), the Love Alarm app has only been launched a few weeks, but has already gone viral across the country with 10 million downloads. And rest assured almost every student at the high school has already downloaded it.

The high school acts as a microcosm of the world at large — we watch the ways the app quickly changes and complicates the way people interact. The scorchingly handsome new boy at school, HWANG SUN-HO (Song Kang), sets off alarm after alarm as he walks through the school courtyard, indicating his popularity and desirability factor. Couples at the school use the app to test each other’s affections, or to show off their relationship to others. Most importantly, though, Love Alarm outs crushes — that’s actually what it was built for. 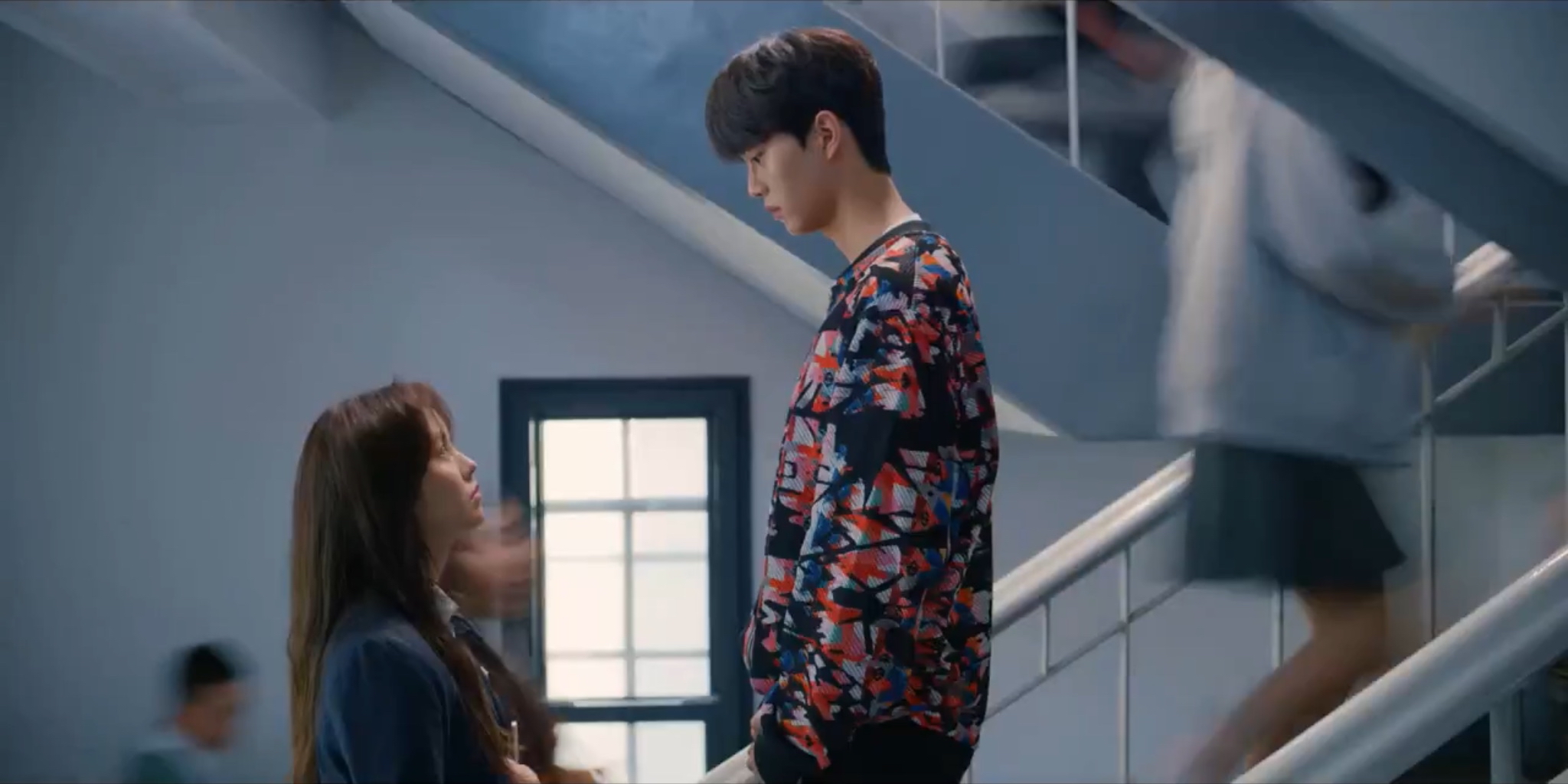 At first, our heroine Kim Jo-jo is exempt from the madness since her phone is too old to support the app — a nice dose of real-life, actually, since she’s the token hard-working high school orphan who’s drowning in her parents’ debt. That she can’t afford a brand new Samsung is actually refreshing.

Jo-jo catches the eye of the new boy Sun-ho, who could take his pick of any girl in the school. He pursues her quite openly, and the drama is surprisingly forward about sexual attraction — since really, that’s what the app is able to quantify, right? There’s no technical, biometric, or even metaphysical explanation as to how the app actually works, but it’s a testament to the strength off the set-up that it’s entirely believable.

Maybe that’s because the rhetoric is so familiar? After all, the ring of a person’s love alarm is the same behavior-affirming sound that we’ve grown used to in real life to signal something good, or something attained. And how different is ringing someone’s alarm from the likes and swipes that have become the norm for us in real life? 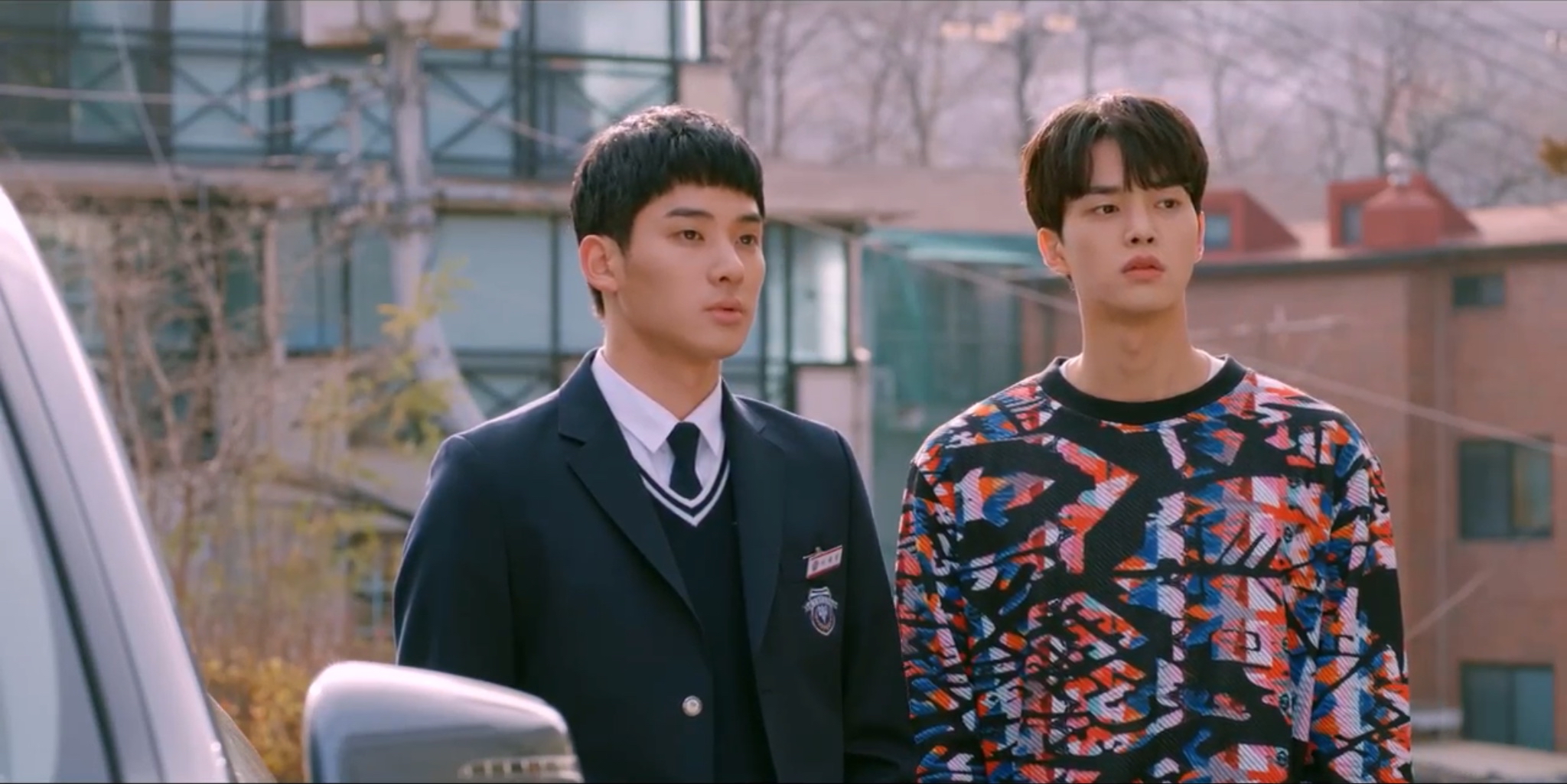 Love Alarm foreshadows a love triangle, and then half an episode later, we’re already in the thick of it. Suave and swoony Sun-ho might have won Jo-jo over, but his best friend LEE HYE-YOUNG (Jung Ga-ram) has had a silent crush on her for years. Rather than fight over her openly, they decide to let the app decide – basically, this means she gets confirmation of their feelings for her, and when she turns her own app on, they learn who she “chooses.”

This scenario is a perfect example of the way the app takes the organic and heady rush of romantic feelings and quantifies them into a cellphone notification. On one hand it simplifies and synthesizes a complicated part of life; on the other hand it neuters something that is supposed to be unseen, unquantifiable, and beautifully wild.

Because Hye-young is a gorgeous walking saint, he’s more than graceful when Sun-ho and Jo-jo happily start dating. Their relationship is positively dreamy — but perhaps too dreamy too soon? Because Jo-jo is our token K-drama heroine, leaving the hero with a broken heart seems a better solution than sticking things out with him (though she does have a lot of baggage), so it’s not long before their relationship ends. And the app that brought them together also tears them apart.

When we jump back to present day, our love triangle characters meet again, and they are as triangular as ever. In terms of compelling relationships, Love Alarm really grabbed me — it’s one of the few dramas where I find myself rooting equally for both sides.

In addition to a reintroduction to our love triangle, though, the present day story sets up an even broader look at the social impact of the app. It is clearly ruling society, determining the way people interact with each other, and the amount of hearts/alarm rings that a person gets is the new metric for success and celebrity.

But it’s also apparent that the Love Alarm app has torn down important social constructs, and made a whole new set of rules. Four years after the app’s launch there is a strong anti-faction, mass suicides because of the loneliness and rejection that the app intensifies (and publicizes), and there’s also an interesting mythology around the app’s mysterious developer. 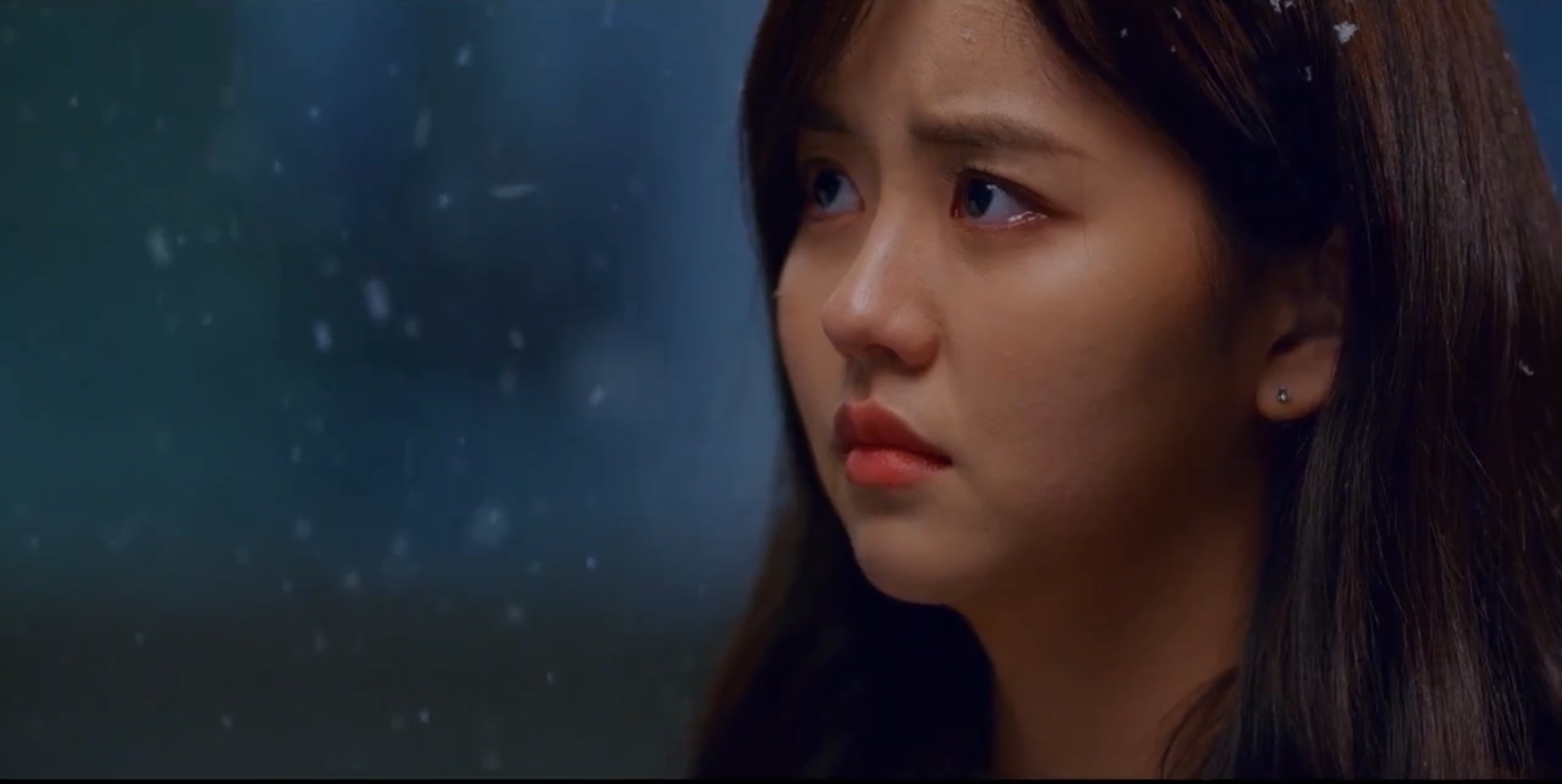 At the drama’s halfway point, there’s a lot hanging in the balance. We’ve not only got the growing social unrest around the use of the app, but the artificial world it has created seems like it has reached its peak… and might be headed for a breaking point of sorts.

Then there’s Jo-jo, Sun-ho, and Hye-young. Jo-jo is aware that both boys still “ring her alarm,” (in this case meaning they’re both in love with her), but she’s at an interesting impasse. She’s been using an unreleased feature of the app — a shield that prevents her from ringing anyone’s alarm. This assures that no one will be able to see her feelings through the app. That doesn’t sound like such a bad thing to me, but the world has become a place that relies on Love Alarm to validate feelings.

Will the second half of the drama support the world of Love Alarm and see Jo-jo on a quest to remove the shield from her app? Or will it be a stronger statement about going back to a world where people’s feelings, emotions, and attraction were not made into public information. Will romantic relationships go back to being organic and natural, or will the Love Alarm app be the key that gives Kim Jo-jo, and one of our heroes, a happy ending?

At this point, it feels like it can go either way, and I’m torn between falling for the rhetoric of the drama, and the rules of courtship under the reign of Love Alarm — and at the same time being repulsed by them. Sun-ho and Hye-young seem to represent very different things in the world of Love Alarm, one relying on the app to validate their relationship, and the other more interested in “old fashioned” wooing.

Both boys clearly love her; I don’t need an app to tell me that. But whichever one she chooses seems to have a bearing on the note the drama will end on, and the message it will leave with us. So, I’m going to withhold too many comments on Team Sun-ho versus Team Hye-young until we have the whole drama in front of us. In the meantime, whether I like it or not, I’ll just let this drama ring my alarm. 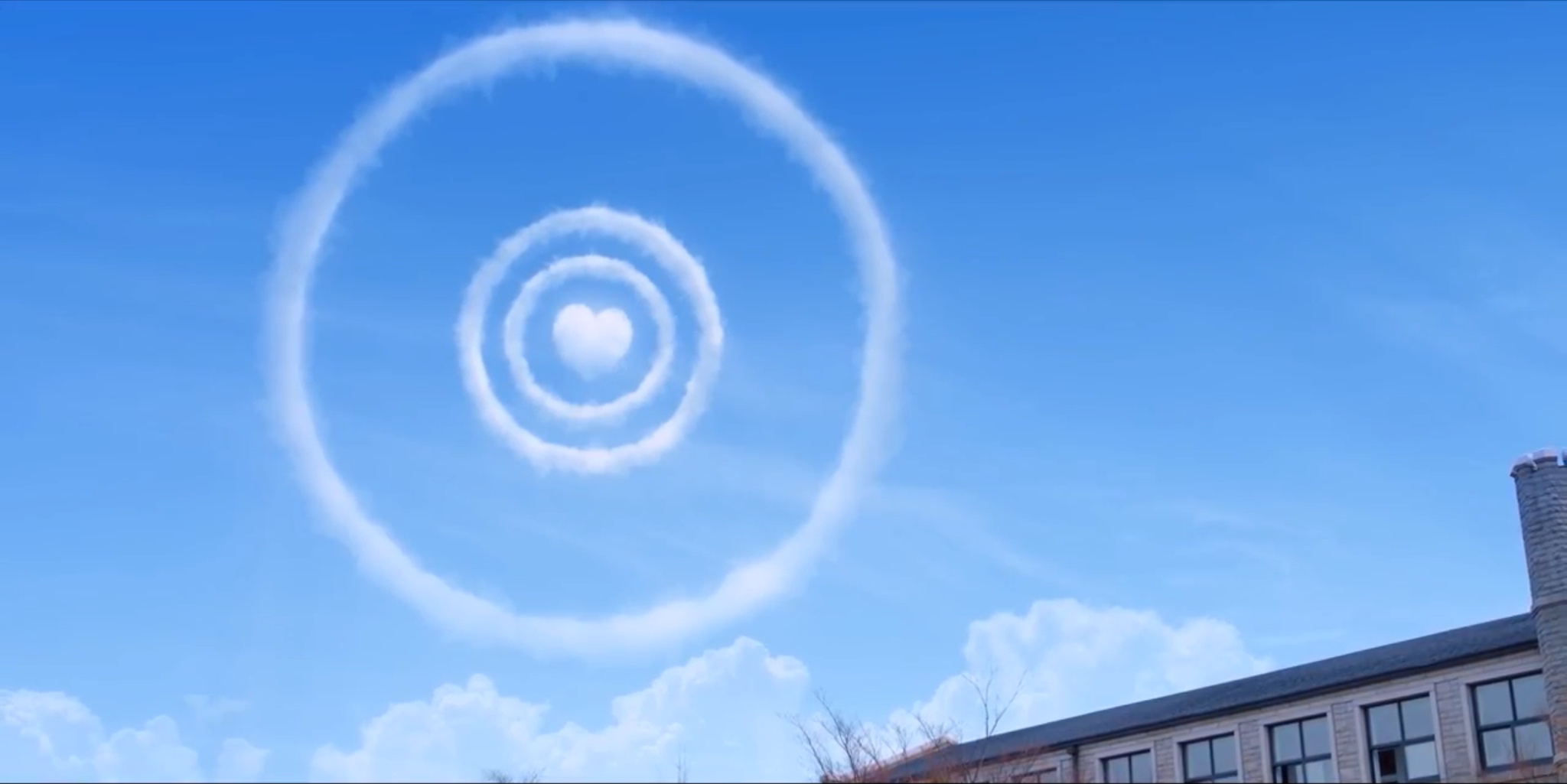 Celebrity Travel: You can book a five-day tour of Iceland with ‘The Mountain’ from ‘Game of Thrones’ but it’ll cost nearly $13,000