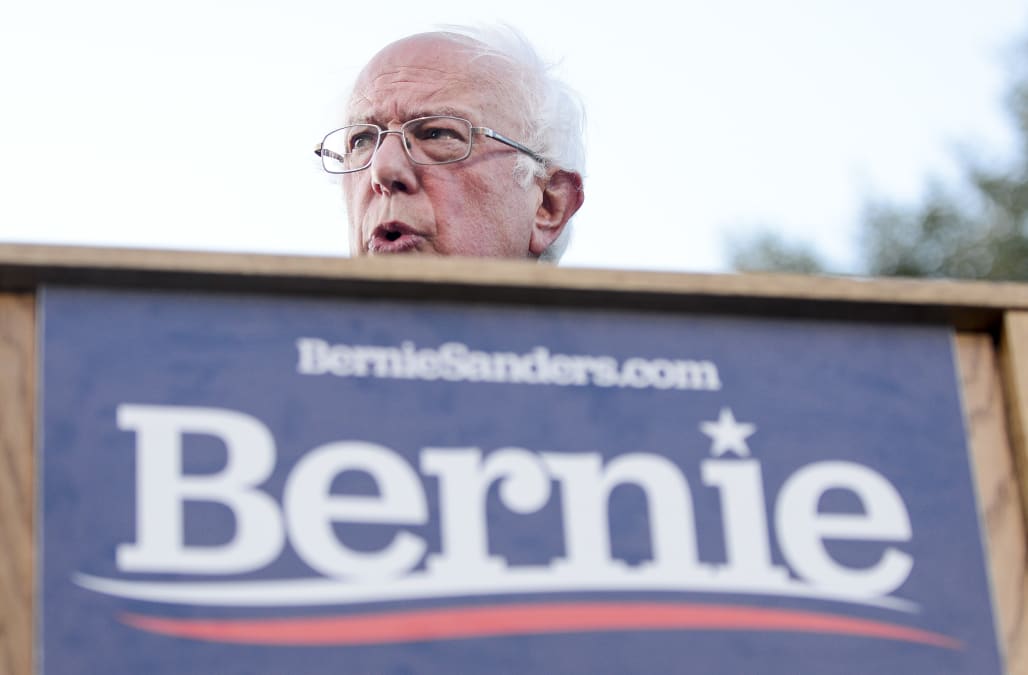 With the 2020 election getting close and closer, serious White House contenders are continuing to voice their political stance.

Sander’s first ran in the 2016 election, ultimately losing to Hilary Clinton in the Democratic nomination.

Slate recently called Sanders “a fiery leftist who has a substantial, if not primary-majority-size, base of committed supporters. ”

The 78-year-old’s “committed supporters” include an abundance of high-profile people such as Miley Cyrus, Danny DeVito, Danny Glover, Brandi Carlile and more. Back in 2016, Sanders gained national attention for his celebrity endorsements from Spike Lee, Seth McFarlane and Will Ferrell.

Perhaps, one of Sanders’ most unexpected supporter is Cardi B. Just last August, the presidential hopeful sat down with the Grammy-winning rapper for an interview about politics, minimum wage and health care. Following the viral interview, Poltico.com analyzed their conversation with the headline “Cardi B might be one of Bernie’s most powerful 2020 allies. Seriously.”

Scroll through the gallery below to see Sanders’ biggest star-studded backers.

Celebrities who donated to Bernie Sanders

Jackie Cruz on social media, activism and living in the moment with the #ZeroLikesGiven campaign

Celebrity Health: The millennial cofounders of feminine-care company Blume explain how they raised $3.3 million in just one month